Osteopathic manual practitioner, Curtis M Wildes, PES, CSCS, MBA, MSATC, DO (Spain) is the first president of the newly formed American Association of Osteopathic Manual Practitioners (AAOMP). This is the first time in history our profession now has an association in the states.

Dr. Wildes is a graduate of the doctor of osteopathy (DO) program of the National University of Medical Sciences (Spain) as well a member of the Osteopathy Chronic Pain Clinics of Canada in Las Vegas, Nevada (USA).

In the States the term osteopathic manual practice is used instead of osteopathy as not to confuse the American public there as they generally associate osteopathy with osteopathic physicians who work as medical doctors. 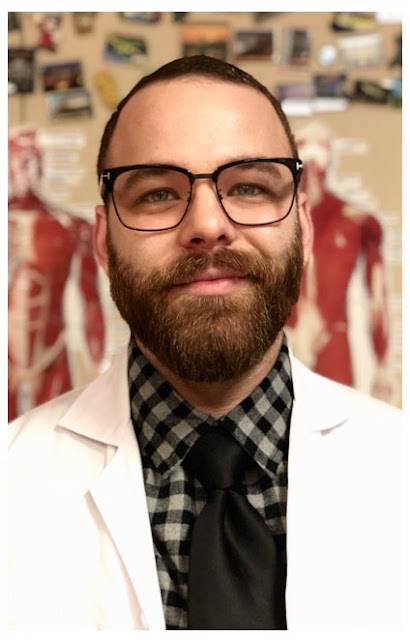 Posted by Dr Shawn Pourgol at 06:40 No comments:

Osteopath, Dr Randy Nagir, DO (from Trinidad and Tobago) is the first president of the newly formed Caribbean Osteopathic Association (COA).
COA is affiliated with the International Osteopathic Association (IOA) and follows its mandate and policies.
Dr Nagir is a graduate of the doctor of osteopathy (DO) program of the National University of Medical Sciences (Spain).
COA website will be set up soon. 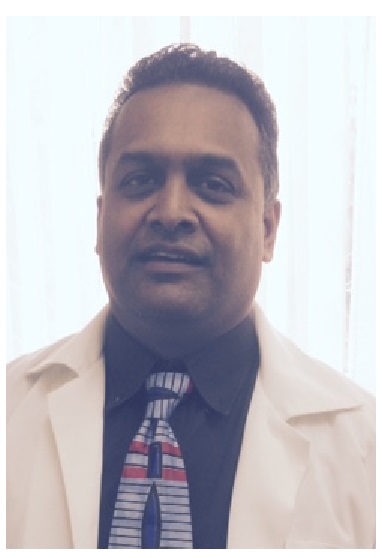 Posted by Dr Shawn Pourgol at 02:21 No comments:

Physiotherapist/osteopath, Dr Bruno Bordoni, DPT, DO, PhD (from Milan, Italy) is the first president of the newly formed European Osteopathic Association (EOA).
Dr Bordoni is one of the most prolific osteopathic researchers in the world who has published numerous osteopathy related research papers and books.
EOA is affiliated with the International Osteopathic Association (IOA) and follows its mandate and policies.
Dr Bordoni is a graduate of the PhD in Osteopathic Clinical Sciences program of the National University of Medical Sciences (USA). He is also a member of the board of governors of our two universities in USA and Spain.
EOA website will be set up soon. 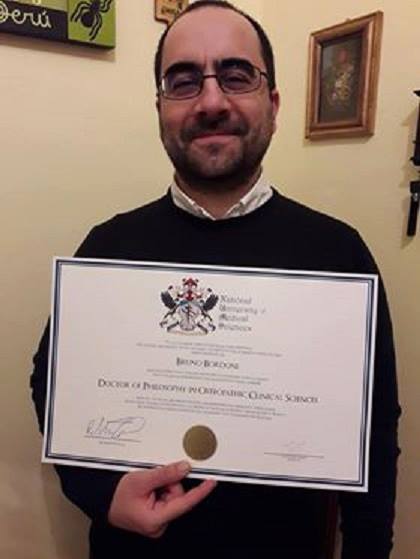 Posted by Dr Shawn Pourgol at 10:29 No comments:

Physiotherapist/osteopath, Dr Farjoud Shokouhi, DPT, DO is the first president of the newly formed Iranian Osteopathic Association (IrOA).
IrOA is affiliated with the International Osteopathic Association (IOA) and follows its mandate and policies.
Dr Shokouhi is a doctor of physical therapy (DPT) and doctor of osteopathy (DO) graduate of the National University of Medical Sciences in Spain.
Out of the 400 physiotherapists alumni of NUMSS (Spain) in Iran, 50 of them have also obtained DO degrees to become osteopaths.
We congratulate the profession of osteopathy in Iran for establishing this new association. It is about time and we are sure IrOA will be fundamental in growth of osteopathy in Iran.
IrOA website will be set up soon. 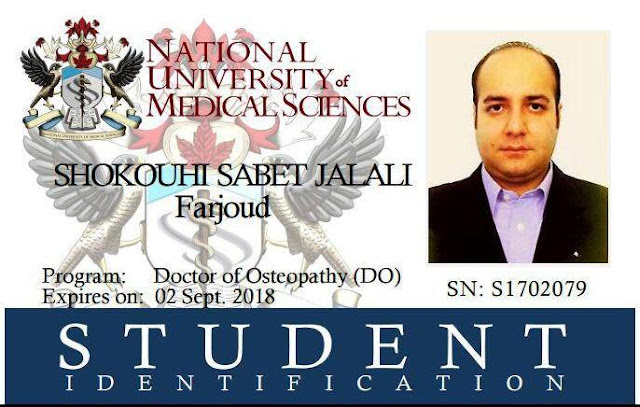 Posted by Dr Shawn Pourgol at 07:34 No comments:

Did you know in movies 84% of criminals are wealthy self employed business owners? While in real life only 1% of people who are charged criminally are wealthy self employed business owners?
There are many people who believe to become a successful businessperson you must be dishonest or do unethical things. They associate success with being bad.
If you feel that money is bad or wealthy people are bad you never become wealthy yourself as your subconscious would sabotage you. Your brain will not allow you to become wealthy as it does not want you to become a bad person.
Self employed people are good. Business owners are good. Wealthy people are good. They are hard working individuals who do more work than many other people. They pay tax more than any other people. They stimulate economy more than any other people. They help their countries more than any other people. They hire many people and most people in the world have a life because of the work they do for business owners.
To join the wealthy, the first thing you must do is to change your beliefs. Money is not bad. Money is not evil. Money is what makes the world go round. Money helps everyone in the world. All charities need money. All religions need money. Every person in this world needs money.
Money is good. Wealthy people are good. Change your belief to change your life.

Posted by Dr Shawn Pourgol at 14:40 No comments:

My father passed a few years ago but I still miss him so much. In the Pourgol Family Coat of Arms that I designed a few years ago the books are the symbols of my father. He instilled in me the love of books among other things and I feel my success is the result of the love I have for books.

From the time he was a teacher with a small salary to the time he had the largest private school in the province of Gilan he made sure I could purchase as many books as I want. My limit was two. I had to read them, tell what they were about before being allowed to buy two more.


This is what I also teach my students. I encourage them to read one hour per day about two subjects, one about osteopathy and another about business. By reading an hour a day in 3 to 5 years my students could receive enough education similar to a PhD program.

If you want to reach the top 10% of your field, you must read an hour of a day about subjects related to your field.

Papa, I love you, and even after so many years I still see your face clearly. I will join you one day when our energies meet one more time. Wish you all the happiness in the world, wherever you are. 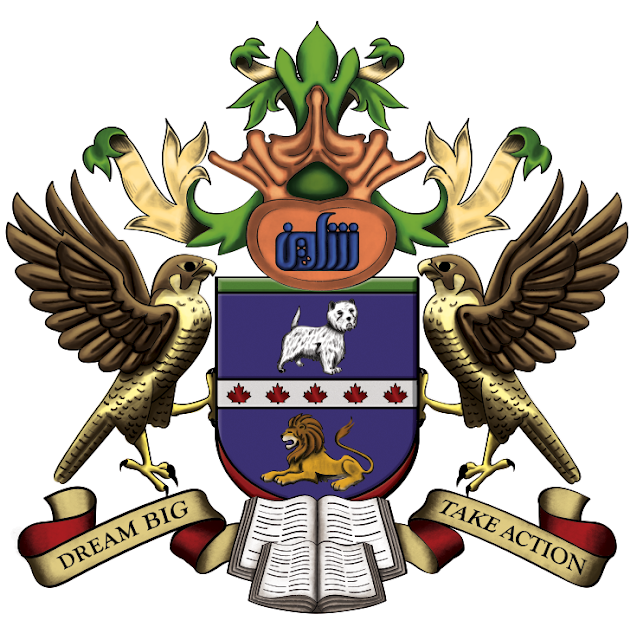 Posted by Dr Shawn Pourgol at 08:12 No comments:

Part 2: Top Lucrative Locations to Work as a Manual Osteopath

In these series I will introduce locations around the world where the practice of manual osteopathy is quite lucrative.

Scottsdale (Arizona, USA) is considered a luxurious wealthy city. They have plenty of visitors/tourist through the year but cater mostly to the retirees. Median household income is about $77,000, way above the average in the US.

The resident population is 235,000 but during the summer and winter they also get many visitors due to the mild climate they enjoy as well as fine dining and other amenities.

Scottsdale is considered to be the #1 town in US to retire in. It is also #28 healthiest city in US.
The population of Scottsdale is mostly wealthy seniors who are health conscious. Osteopathic manual practitioners (OMP) in Scottsdale can charge anywhere from $80 to $140 per hour of osteopathic care.  An OMP in Scottsdale can get booked pretty quickly through word of mouth referrals as manual osteopathy offers amazing miraculous treatments for chronic pain of senior citizens as well as their relaxation.

Arizona state has a variable tax rate that depends on your income and Arizona tax legislation. There are five tax brackets, and based on your income you will be taxed between 2.59% and 4.54%.

In my business lectures I go over how to find employment in the states and how to move there if you are not a US resident.

PS. Here is the link to the part one of the article: http://drpourgol.blogspot.ca/2018/02/top-lucrative-locations-to-work-as.html 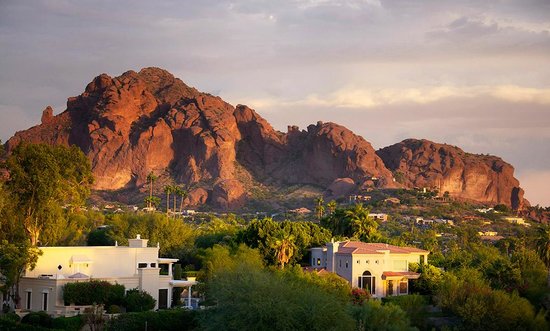 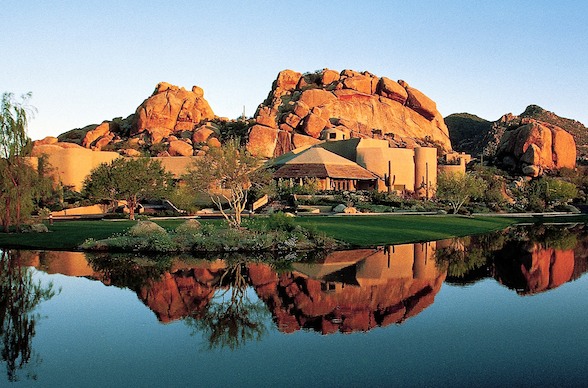 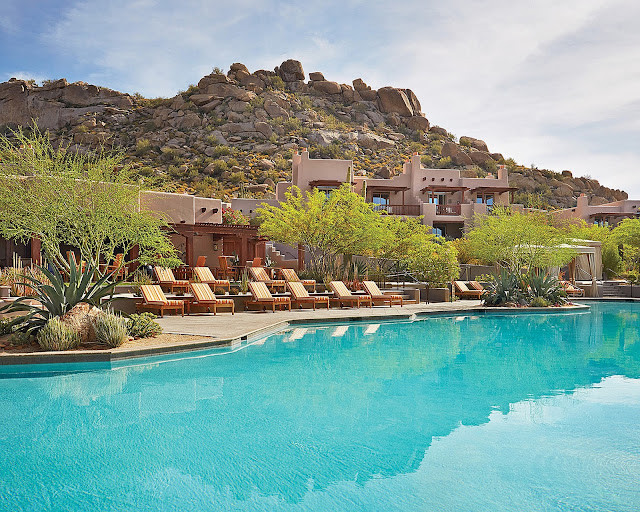 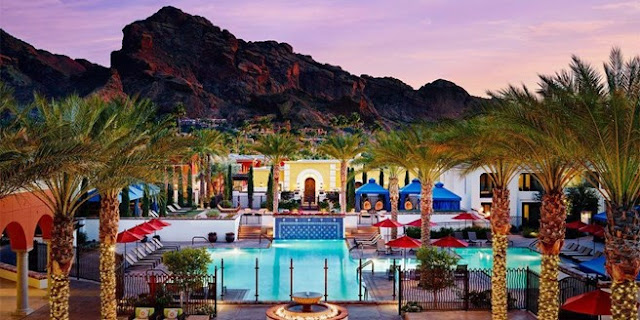 Posted by Dr Shawn Pourgol at 05:31 No comments:

A Research Paper by Dr Bordoni

Research paper by one of our alumni and member of the board of governors, Dr Bruno Bordoni, DPT, DO, PhD.